Parabola of Pears for Reni by Victoria Fach

Just after sunrise, I happened to look
out the greenhouse window at the yard
sparkling with sprinkler drops and sun,
then glanced up at the wallpaper border
where a pair of pears rested, round,
golden brown, in a lineup with grapes,
apples, cherries, and plums springing
from one vine. Their burnished loveliness
tugged open a trapdoor in my soul
that flung up rising rungs of thankfulness
for the cornucopia of silk-screened fruit,
the woman whose delight was transformation
as her swift fingers sculpted arbors of limb and leaf
and the designer who unearthed the bounty draped
from the ceiling, trellised in the breakfast nook
and espaliered on the wall of the kitchen.
I leaped beyond the miry bog of grief,
whose dark paths I have followed in the hard
labor of widowhood with no structure or order,
from one trapeze hold of gratitude
to the next, no longer clinging
to sorrow, but to felicity oddly wound
in branches of mythical transfiguration
until the vast sky touched my face;
unalloyed joy for that moment made me whole
and filled up my frame with the helium of grace. 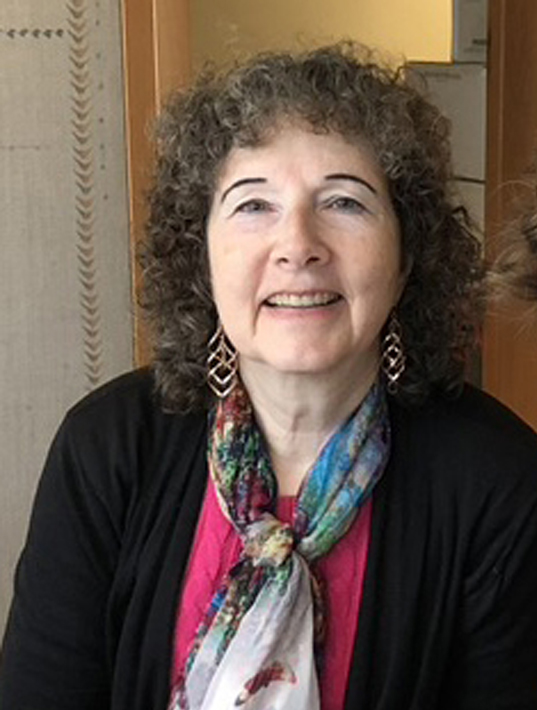 Victoria Mary Fach’s poetry has appeared in many literary journals. She is frequently entertained by her six children or blowing her own (French) horn.